Jeff Northcutt recently retired as an Air Interdiction Agent (Pilot) for the Department of Homeland Security. He currently is a First Officer for Sky West Airlines.  He has over thirty years of experience in aviation.  He started as a helicopter mechanic in the Army.  Following Army flight school, he flew commercially at the Grand Canyon and had been with the government for almost twenty years.  He holds an Airline Transport Pilot certificate for Multi-Engine Airplanes and Helicopters, a Commercial certificate in Single Engine Airplanes and is a Certified Flight Instructor in both Airplanes and Helicopters.  Jeff has over 9000 hours of flight time. He is active in the Mountain View High School Booster Club and Southern Arizona Teen Aviation.

Mel Jordan is a retired electronics business executive.  He holds a Commercial pilot license with an Instrument rating and has over 3000 hours flying experience.  He has built a Van's RV-6A aircraft and recently finished building a second airplane, an RV-7A which he currently flies.  Mel is also a test pilot and consultant for Dynon Avionics, a leading manufacturer of instrumentation for Experimental and Light Sport aircraft.  He is active in the Arizona experimental aircraft community, offering support and assistance to other builders, especially in the area of aircraft electrical systems. 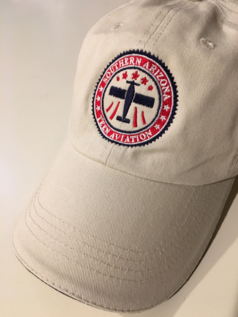 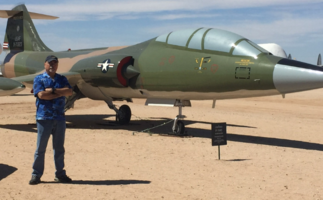 Mr. Matt North is a local business owner, experienced pilot and aircraft owner who, without his support, SATA would not be up and running.  His generous donation of the use of his large shop ( as seen below on a recent evening class) enables the SATA program.  Above, Matt gives a workshop safety lecture to new students and their parents at an orientation session. 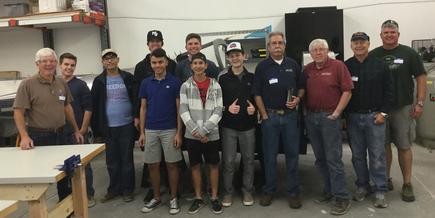 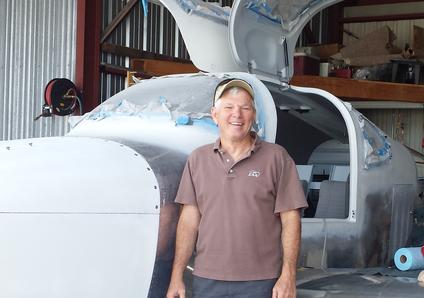 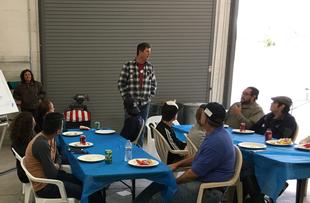 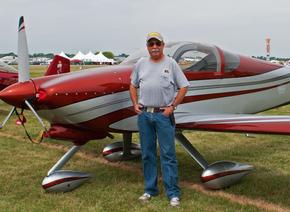 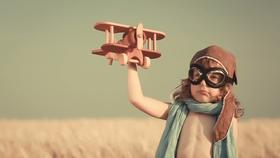 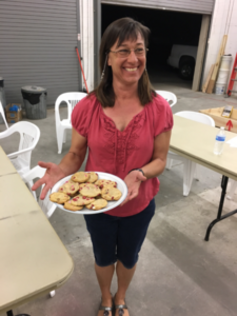 ​Alan Muhs interest in aviation started in his teens building and flying string controlled and RC model airplanes. At 25 years old, in 1976, he was able to afford a weekly flying lesson in a Cessna 150 earning his private pilot license later that year. For many years he was able to fly light aircraft around the State of Arizona in support of the HVAC controls contractor that he worked for.  Through the years he was able earn both an Instrument and commercial licenses along with Multiengine and Flight Instructor ratings.

He has flown middle school students as part of the Wright Flight Program here in Tucson. Over the years he has taken many young people flying giving them their first chance to hold the stick in their hands and fly the airplane.

While he has owned several factory built aircraft it was always a dream to build his own plane. With help from the Experimental Aircraft Builders community he completed his Vans Aircraft RV10 in 2014 and has flown it all over the United States, to Mexico and to the Islands of the Bahamas.

Now retired, he has turned his attention towards working with the youth that will be our next generation of Aviators.

We mourn with great sadness and heavy hearts the sudden and unexpected passing of Andrea North, wife of Matt North, on July 28th, 2020.  Without Andrea and Matt, SATA would not exist.  She will be greatly missed by all who knew her.

Make a Tax Deductible Donation of $99 or More and Get a Free Hat!

​Use the Secure PayPal Button Above, or You Can Mail a Check to:

Glenn Brasch started flying at the age of 17, and ultimately obtained a Commercial pilots license and is rated in single and multi-engine airplanes, helicopters and has two instrument ratings.  He was also a flight instructor in both airplanes and helicopters.  He retired from a public safety career having spent over half of his career as a helicopter pilot and retired again from a second career as a medevac helicopter pilot.  He has flown over 100 kids in various airplanes. He holds an Aviation Safety Certificate from the Institute of Safety and Systems Management at U.S.C. He built and flies his RV-9A. He is also the S.A.T.A. webmaster.

Angel "Tito" Sanchez
soloed at age 16, had his private pilot´s license at age 17 before graduating from high school. He joined the Air Force/Air National Guard after graduating from college, flew fighters, F-100´s, F-104´s, and A-7´s for over 15 years.  He also flew for a major airline for almost 34 years, with duties within the airline as flight instructor, simulator instructor, and flight examiner.  He retired in 2011 and built a Van´s RV-12 which has been flying since 2015.

Welcome to the "Hangar"!

Bob Miller got his start in aviation by building and flying control-line model airplanes as a pre-teen and earned his Private Pilot's Certificate at age 22.  He joined the Experimental Aircraft Association in 1982 and has been the secretary of the local Chapter 81 for 15 years.  He has volunteered parking Vintage Aircraft at Airventure Oshkosh for several years and participates in many general aviation events.  Bob flies primarily tailwheel light aircraft, and is building a Kitfox. 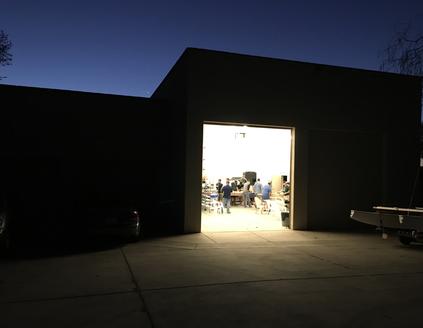 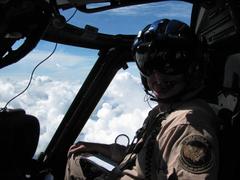 As stated above, all mentors are volunteers, taking no money for our time.  We are currently in the process of raising funds for the purchase of the engine kit, which cost over $32,000.00.  Please consider a PayPal donation by clicking the "Donate" button above.  You do not need a PayPal account and both PayPal and this website are secure. Your donations are tax deductible.  If you prefer to mail a check, it can be sent to: 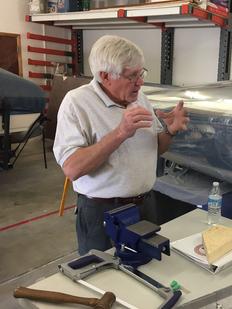 Students busy at work during a Monday evening session. 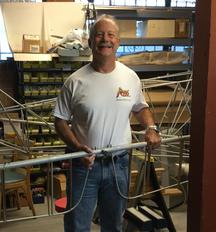